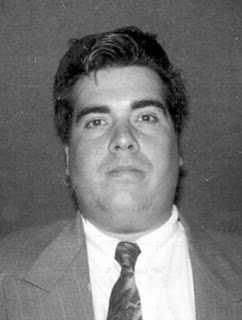 After serving in the Coast Guard as a young man, he found his true calling as a Paramedic for the FDNY.

On the night of September 11th, Ricardo’s wife believed that her husband had been stuck at Elmhurst Hospital Center all night working as a paramedic. The next morning she got a call from another paramedic who asked “Did Rick make it home?”. As it turns out, Rick hadn’t gone to Elmhurst Hospital, but instead he had rushed to the World Trade Centers to help treat the injured. Ricardo Quinn had been assigned to light duty at Elmhurst due to shoulder surgery earlier in the summer and was still recovering. Despite this, he still rushed to the towers to help. He was one of eight paramedics and emergency medical technicians who ran into the burning towers and did not make it out.

Ricardo was last seen heading into Tower 2 to help treat and evacuate those who had been injured. He first stopped to bandage a fellow medic who had been hit by falling debris. He then helped load someone into an ambulance, went inside tower 2, and never came out.

One of Rick’s favorite spots to relax was Jones Beach. That’s where he met his wife, Virginia. He made life size sand sculptures that drew crowds. His wife followed his wishes and spread his ashes on the waters he loved. Ricardo Quinn gave his life helping the victims of the World Trade Center attack. As long as we remember heroes like Ricardo, their legacy will live on.

Rick’s son wrote this memorial for his dad last year:

Hey dad just wanted to let you know that I think about you all the time. I am a father now, my son's name is Adam Joseph Quinn Jr. I wish you were here to see him. We all miss you very much and I hope that we can see each other some day... Life has been very hard since 9/11 but I am still trying to make my way as a good husband and father. I never realized how lucky I was to have you as a father until it was too late. I love you and miss you with all my heart. Love your son....

We Will Never Forget!
Posted by Vicki Peaslee at 9:18 AM