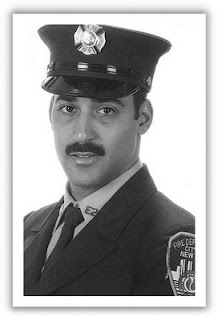 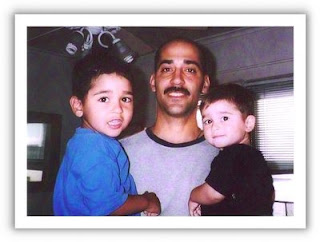 Today we remember Lieutenant Joseph “Joey” Agnello, 35-years-old, Ladder 118, FDNY, who was killed on September 11th, 2001.
On the morning of September 11th, Agnello and 5 of his fellow firefighters aboard Ladder 118 responded to what would be their final fire. They parked their rig at West and Vesey Street by the towers and vanished into the thick cloudy smoke and soot of the Marriott World Trade Center Hotel. Accounts by those rescued by Ladder 118 speak of the Ladder 118 crew ushering hundreds of the building occupants to safety.
Survivor Bobby Graff says, "Their families should be proud of them. They knew what was going on, and they went down with their ship. They weren't going to leave until everyone got out. They must have saved a couple hundred people that day. I know they saved my life."
Graff recalls, "Joey helped me bring handicapped people down from the 19th floor in the elevator. We then went up to the 12th floor where people were screaming and brought them down. Then the mayday call came on the radio and the command was 'Get out! Get out! Get out!' Joey and the other guys used their bodies like a brace - like a riot squad - directing the people out. They knew what was coming, but they stayed where they were. I'll never forget that. The men of Ladder 118 died side by side.”
Joseph Agnello was a career firefighter with the Fire Department of New York, but is described by his family and friends as not being defined by his life's work. He loved his wife VinnieCarla, his kids Salvatore and Vincent, took pleasure in his dogs, and thoroughly loved life.
A simple man, Joey never looked for credit for his accomplishments, nor wanted for material possessions. He found comfort and happiness in the little things: being with his family and looking up at the sky on a starry night. "Sometimes, when I take the dogs to the beach for a walk and I look up, I know he's still around," his wife said. "Like tonight. There's the most beautiful moon, and I know he's with me."
We Will Never Forget!
Posted by Vicki Peaslee at 1:51 PM